sent out by Grace Brethren Church of Orrville, Ohio to plant churches in PNG
Finisterre Vision

For years, we’ve been praying and looking ahead to the day when we’ll select the people group to whom we’ll go. And now, making that decision of where to go is the next step before us! Last month, Josh and I passed our final Tok Pisin language evaluation (woohoo!!) and with national language learning behind us, our team is shifting our focus to this next step before us – choosing a people group! 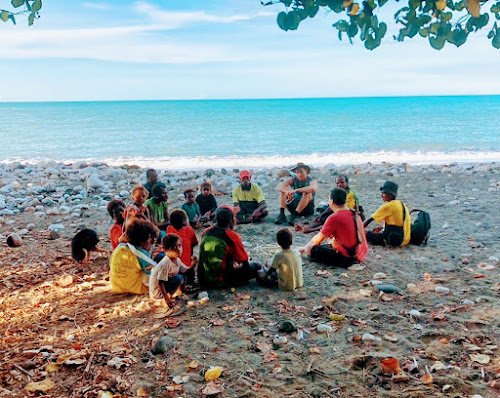 Woah! How do we make a HUGE DECISION that will impact every moment of our lives and ministry from here on out? What’s the process of selecting a people group?

How do we start narrowing down our choice when there are still hundreds of unreached people groups in PNG? First, the organization that assists us has a specific focus on people in the Finisterre range, which has over 70 people groups.

Starting there, we looked for locations that seem to be a good fit for our team, based on language, health factors, etc. We gleaned information from other organizations who’ve completed surveys and talked to people in town to find out if they know anything about certain people groups.

Once we’d gather information, our team had 2-3 people groups we were most interested in, with a clear “front runner” called Pano. 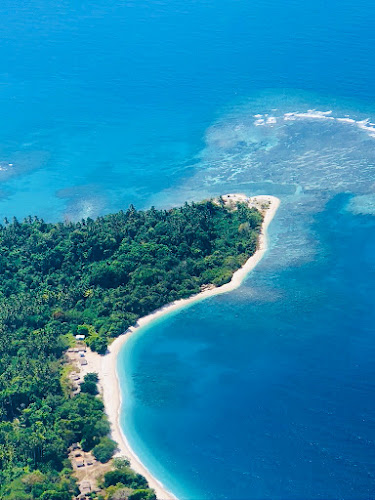 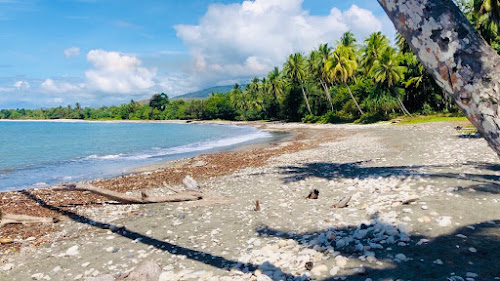 In the top pictures, you see a couple views of the Pano coastline from above and from the ground.
Below, are some of the Pano people Josh and Craig got to meet and interact with. 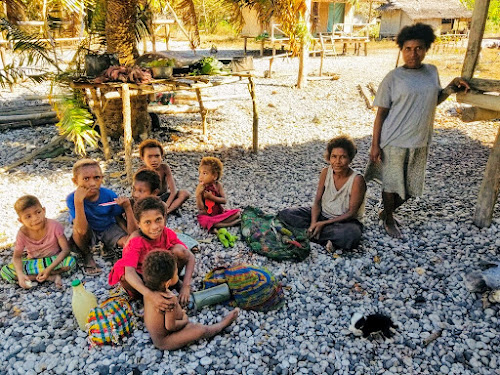 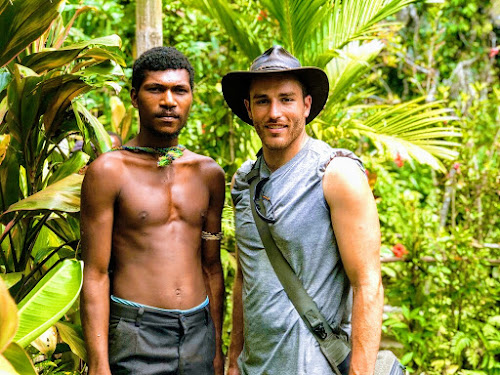 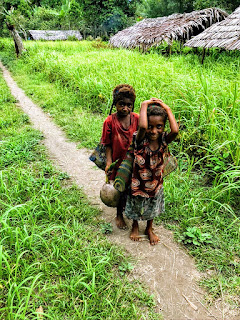 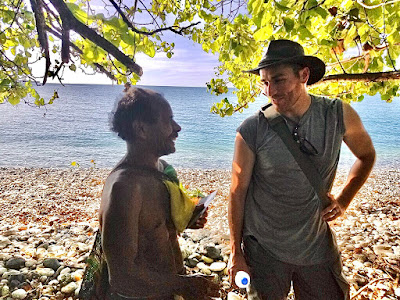 A survey is a trip into a tribal group to gather information and help us determine if there is an open door and if we should move into this people group to minister. In the middle of August, accompanied by 3 tribal believers and another experienced church planter, Craig and Josh completed our teams’ first survey to the Pano people group. Their goals were to find out as much information as they could about this people group through formal meetings (which were arranged as they arrived in each village) and through informal conversations with people.
Here are some of the specific areas they were investigating. 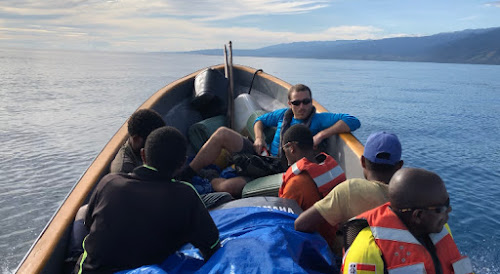 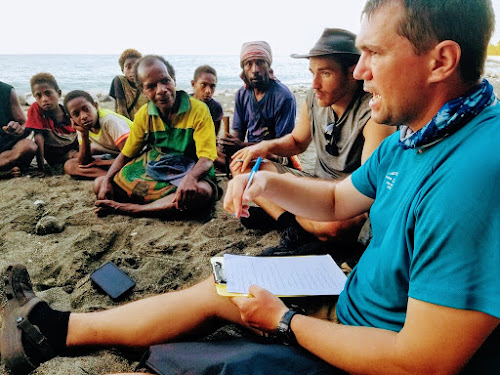 Gospel Need: We wanted to find out if the Pano people already had an understanding of the gospel. In many places here in PNG, folk religion is the norm, as tribal people who have deeply held beliefs in spirits and magic blend their beliefs with any other religion they’ve had exposure to. As Craig and Josh asked questions, met with leaders, and talked with many people in each village, it was so clear that there is a HUGE need here!
Although the Pano people have been exposed to some limited Bible teaching, it wasn’t in their heart language, so they don’t really understand it and just blend some rituals into their animistic beliefs.
In fact, in one of the Pano villages where there is even a church building, a Pano man gave the name of another traditional spirit who they worship, even though they have what looks from the outside like a church with some Christian vocabulary.

(We hope to explain more about folk religion in the future, since it is increasingly the reality here in PNG and will impact how we teach and some of the ministry challenges we’ll face).

Invitation to Come: During the surveys, the guys clearly expressed that if our team came to Pano, there are four things that we would do. 1. Learn their language. 2. Teach them to read and write their language. 3. Translate the Bible into their language. 4. Teach them everything the Bible says. We wanted the people to be clear on our ministry focus and purpose right away.

In each of the three larger Pano villages that we visited on survey, the people invited us to come live and work there. In one of the villages in particular, after hearing Craig and Josh explain the work our team will do, the people asked for some time to meet and talk together. When they called the guys back, the village leaders invited our team to come and explained that they had already come up with a good location for where we could build our homes, and that they wanted to help us build. This generous offer of land and help is a great indication in PNG culture of their genuine excitement about the possibility of us coming. 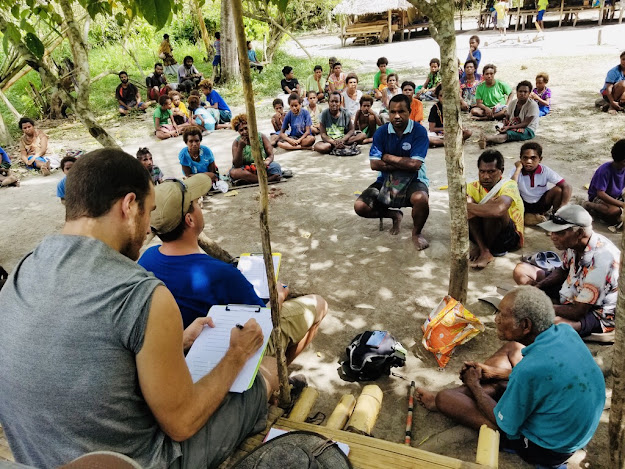 Safety: There are always risks in this kind of mission work, but we want to be wise in assessing the stability and safety of the communities in this people group. While on survey, Josh and Craig were trying to find answers to questions, such as “Is there accountability through strong leadership, which will help discourage crime?” and “Will they take on the responsibility of looking out for us as we learn to live in their difficult environments?”

(For lots more pictures from the survey, check out our post in our Facebook group “Millers in PNG”)
As our team looks over the information gathered on this survey, we see lots of positives! It seems like Pano could be an open door and a good fit for our team! However, there are also still lots of question marks as well that we’d like to have answered. We continue to pray for God to guide our steps and make His will clear!

Our team is in the process of planning a second survey back to Pano next month to get some more of our questions answered. PLEASE pray with us that we would have wisdom and humility as we seek God’s direction in making this decision about which people group He wants us to minister to. And pray for the Pano people, who so desperately need someone to bring them the good news and hope of the gospel in their language!

Explore our map of the Finisterre Mountains

The Do People. The Pano People. Where are they located? Find them on our interactive map.

Reaching the Remote
Scroll to top